“The Video Game Music industry event of the year” 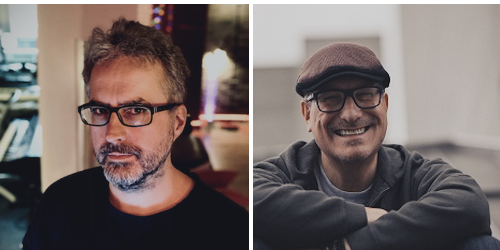 Game Music Connect has been created by multi-award winning games and TV composer, James Hannigan, and acclaimed game audio director and composer, John Broomhall, to celebrate and explore the amazing music of video games and the extraordinary talent behind it.

Created primarily for amateur, pro or semi-pro composers – from any musical background or industry – Game Music Connect’s inaugural event took place on 9th September 2013 at the Southbank Centre, London, offering a rare, if not unique, opportunity to hear several of the world’s leading games industry composers and audio directors assembled in one place to talk about creating music for games – from both the composer perspective and that of the developers and publishers who work with them.

You don’t need to be a composer or industry professional to be a part of Game Music Connect. Fans of soundtracks and, indeed, anyone with an interest in music for the games medium are more than welcome at any Game Music Connect event. We hope to see you soon! 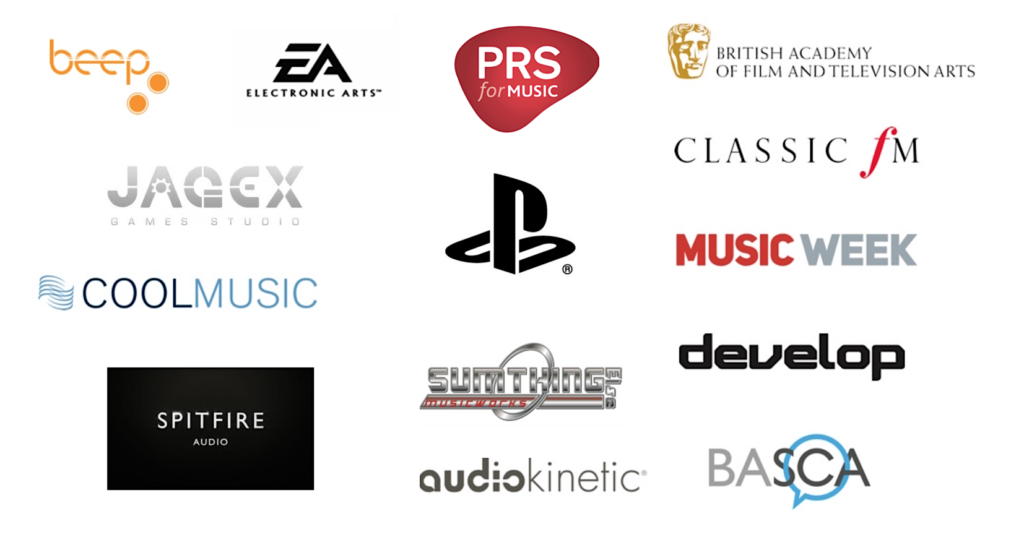 "The Video Game Music industry event of the year"
CLASSIC FM
“I really recommend going, it was such a great event.”
JESPER KYDBAFTA Winning Composer (Assassin's Creed, Hitman)
“Game Music Connect is an international summit that understands gaming’s global development and is not afraid to confront the creative and economic challenges of the very near future. My 2014 keynote shared an analytical history of how EA changed the sound and impact of game music, and what we all – as executives, artists and fans – must now do to ensure the medium’s continued evolution. It had a lot people talking, and I hope it started them composing, too. The conference was – and I believe will remain — an important annual event for our industry.”
STEVE SCHNURWorldwide Executive, Music – Electronic Arts
My experience at the inaugural Game Music Connect was spectacular. The audience was engaged and knowledgeable. The other panelists were collegial and friendly. James Hannigan and John Broomhall are two of the most talented and, more importantly, nicest composers in the business today. I hope to be invited back again someday.”
MARTY O'DONNELLComposer
“I think it gives [composers] a really strong idea of the sort of values required, building relationships, working really hard, being passionate about what it is that you do. So I hope that some of the aspiring composers really take that on board as much as any technical knowledge and practical how-tos.”
DAN BARDINODirector, Creative Services Group WWS, Sony Computer Entertainment Europe
“The inaugural Game Music Connect was a smashing success, and a premier opportunity to gather the brightest ears and minds in game audio together in elegant fashion. John and James facilitated open and honest discourse, and allowed speakers to share their vision with an intelligent, engaged audience. Game Music Connect is perfect for all skills levels and professional backgrounds, and I wouldn’t hesitate to participate again.”
PAUL LIPSON
"It's my sincere hope that what John Broomhall and I have created with Game Music Connect will, in a multitude of ways, serve the video game music making (and consuming) community for many years to come."
JAMES HANNIGANBAFTA Winning Composer and Co-Founder
“The great thing about events like this is that you can learn so much. Somebody came up to me earlier and said I’ve learned more today than I did in a year’s course at university. I think that says it all.”
DARRELL ALEXANDERComposer Agent/Founder, COOL Music
“Game Music Connect is unique. Having a full day event dedicated to video game music with some of the industry’s top composers and Audio Directors is not to be missed. Lifting the lid on how both composers and developers work together will give a rare insight for anyone wanting to get into the industry or even if they just have an interest in video game music.”
ALASTAIR LINDSAY
“I had a fascinating time speaking and being interviewed at last years Game Music Connect. All of the speakers brought their unique ideas and experiences to the table and I found myself not only contributing but learning a great deal as well. One of the best parts however was finding the opportunity to meet and talk with all of the interesting and talented attendees. I highly recommend this event to anyone interested in the field of composing for games.”
GARRY SCHYMANBAFTA Award Winning Composer
“These kinds of events are so good to explain how we do things, how the business works, how as a composer they can break into the industry, about a lot of technical advances that they may not know much about or even be aware of. And we’re here to help build community spirit and educate the audience, to share common goals and practices to evolve and push the industry forward.”
RICHARD JACQUESBAFTA and IVOR NOVELLO Nominated Composer
“Game Music Connect was an amazing event that offers a unique insight into composing within the video games industry and the challenges it offers. I loved every minute of it and there was such a range of knowledge and advice on offer from different perspectives that was helpful in understanding the industry. I hope this is the first of many!”
ALEX JONESComposer, Writer
“We have an entire day dedicated to music for games. I know that sounds very simple but the bottom line is there aren’t that many [events] in the world that do that.”
JASON GRAVESBAFTA Winning Composer
“Game Music Connect was a breath of fresh air, I found the demeanour and passion of the panelists incredibly engaging and refreshing. It’s perfectly evident that the games industry – whilst a global business – has essentially evolved due to the passion and engagement of both its creatives and end users. It’s completely different from the film and TV world – perhaps due to having developed from the computer business rather than the entertainment industry. I’ll definitely be returning next year….”
NICK NORTON-SMITHComposer
Previous
Next
We use cookies on our website to give you the most relevant experience by remembering your preferences and repeat visits. By clicking “Accept All”, you consent to the use of ALL the cookies. However, you may visit "Cookie Settings" to provide a controlled consent.
Cookie SettingsAccept All
Manage consent

This website uses cookies to improve your experience while you navigate through the website. Out of these, the cookies that are categorized as necessary are stored on your browser as they are essential for the working of basic functionalities of the website. We also use third-party cookies that help us analyze and understand how you use this website. These cookies will be stored in your browser only with your consent. You also have the option to opt-out of these cookies. But opting out of some of these cookies may affect your browsing experience.
Necessary Always Enabled

Any cookies that may not be particularly necessary for the website to function and is used specifically to collect user personal data via analytics, ads, other embedded contents are termed as non-necessary cookies. It is mandatory to procure user consent prior to running these cookies on your website.